6 “Healthy” Foods That Aren’t As Healthy As You Think

The food industry likes to put a lot of labels on food making shaky claims to get you to buy more of their product. Keto cookies… vegan cheese… paleo waffles… plant based burgers…

But when you look beyond the label you can see that some brands try to cling to buzz words that you associate with being “healthy”.

Just because a food product is labeled with “organic,”  “low calorie,” “gluten free,” “all natural,” or “plant based,” does not mean they get a right-of-way to being “healthy”.

Ultimately, the healthiest foods are going to be the ones without a label. You don’t see any campaigns promoting broccoli will lower your cholesterol, even though it absolutely can.

Canola, corn, vegetable, soybean, grapeseed oil. I don’t know about you but I don’t consider corn to be very oily unless it’s slathered in butter. So what is corn oil? Or vegetable oil?

Many vegetable and seed based oils go through a highly processed chemical manufacturing operation in order to make large amounts of these cheap food-like products.

Oils like canola (aka rapeseed), vegetable, grapeseed, corn, safflower and soybean oil are some of the most common. The problem with these oils is that they are extremely high in omega-6 fatty acids, have become rancid or hydrogenated. These rancid and hydrogenated oils are considered trans fats and are widely known to cause inflammation leading to diseases.

Not only do you want to avoid using these oils to cook with, but they’re frequently hidden in many food products to keep the ingredients cheap.

Whole grains are often praised for their high fiber and plant based protein content. But in our industrialized food system grains have become highly processed and highly produced, stripping away any possible nutrients and degrading the fiber content.

Originally, whole grains were consumed by soaking, sprouting or even fermenting them to make them easier to digest.

Not only has the modern food system neglected these historic ways of properly preparing whole grains, but it’s abused the plant as a whole spraying them with pesticides like glyphosate, which is a known carcinogen and systemic irritant.

Whole grains are often high glycemic as well. Grains are predominantly made up of carbohydrates and when they’re the main component of a meal, you’re usually looking at a big spike in blood sugar. A quinoa bowl can cause just as much, if not more, of an insulin spike as a can of soda.

Yes, whole grains do have some protein but to get an adequate serving of protein you’d need to eat quite a lot. To get just 15 grams of protein from brown rice, you’d have to eat 3 cups of rice.

Instead, opt for grain free options to reduce the effect on your blood sugar and pesticide intake.

Instead of oat milk, try almond milk. (Oatmilk has also been known to have canola oil as well.)

Instead of oatmeal, try this Spiced Apple No-Oat-Meal.

Instead of whole wheat or corn tortillas, try cassava tortillas.

Instead of rice, try cauliflower rice, and get your protein elsewhere.

If you do consume whole grains, soak, sprout, or ferment them to make them easier to digest. 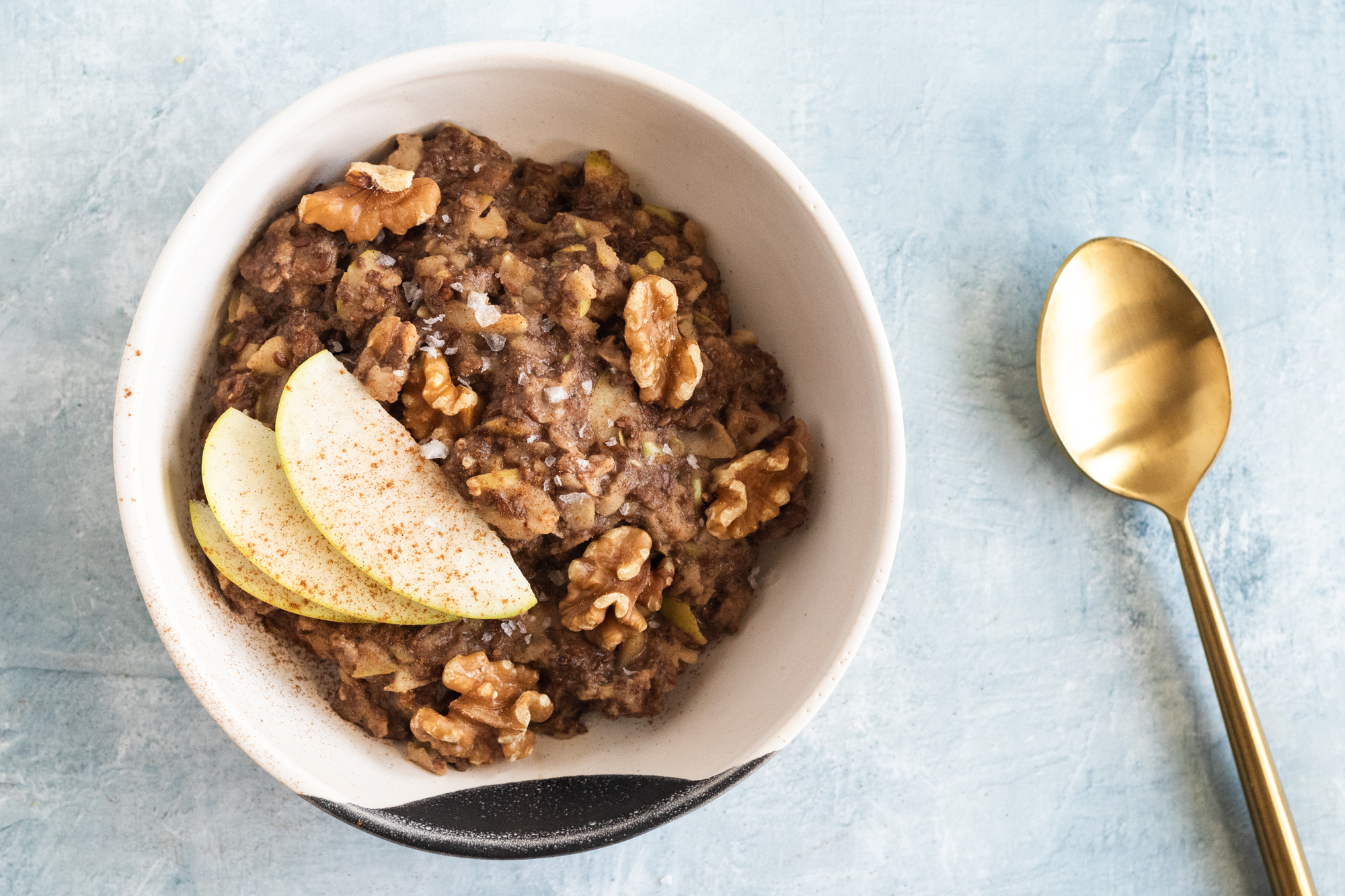 Plant based burgers have become increasingly popular over the last few years. But what are they made of? The most common ingredients are soy protein, canola oil and a number of preservatives. We know all about the canola oil.

Not only is soy genetically modified, highly mono-cropped and sprayed with pesticides, but it’s also known to be high in phytoestrogens and can be an endocrine disruptor. These properties can cause a lot of hormonal dysregulation.

A good rule of thumb, if it’s made in a plant-avoid it.

A better choice would be a grass fed beef burger. Or if you’re not open to animal products a black bean burger made of real foods would be a better option.

Even the green cold pressed juices can be filled with sugar. The problem is that juice strips the fiber leaving nothing but sugar. A green juice with kale, cucumber, lemon and apple can cause a blood sugar spike. And juices with non-green vegetables like beets and carrots can have just as much sugar as a soda.

Ever think of doing a cold pressed juice cleanse? I’ve done a number of them. The thing is, as you go through the cleanse you’re hanging on from juice to juice to keep your energy up, swinging your blood sugar up and down when what is more balancing and anti-inflammatory is a stable blood sugar level.

Smoothies are better because they keep the fiber intact, but commercial smoothies can have upwards of 3 servings of fruit and 40 grams of sugar (that’s 10 teaspoons of sugar).  A standard acai bowl, even with kale and all the superfoods, can have over 100 grams of net carbs that all flood your blood sugar.

Instead, opt for a smoothie with 1/4-1/2 cup of fruit to limit the blood sugar spike. 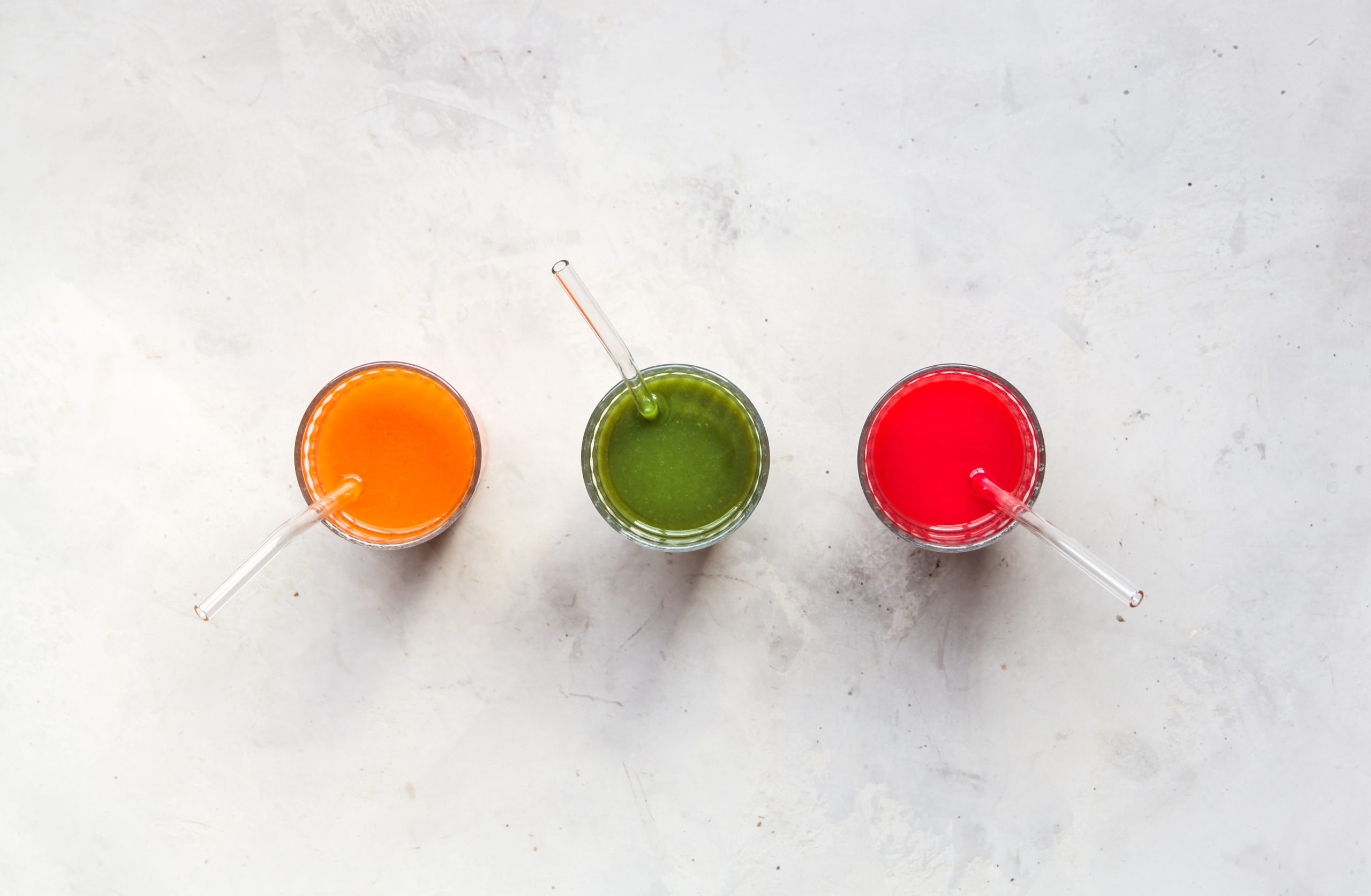 Many plant based or vegan foods are made with canola oil. We’ve mentioned plant based meat alternatives, but also vegan cheeses and other dairy products.

Make sure you read the ingredients because that’s not to say all plant based products contain these inflammatory oils, but many do. Just be aware.

Just cause it’s gluten free doesn’t mean it’s good for you. This label is thrown on anything and everything!

Yes, it’s avoiding one very inflammatory food compound but these food products are commonly filled with many other inflammatory ingredients.

Gluten free foods are usually made with inflammatory oils, processed whole grains and many forms of added sugars. Not to mention pesticides and gmo’s especially in corn based alternatives.

Not only are these, yet again, disruptive to your blood sugar, but also cause a lot of inflammation, especially to the gut.

Instead, opt for grain-free or whole food alternatives like spaghetti squash. 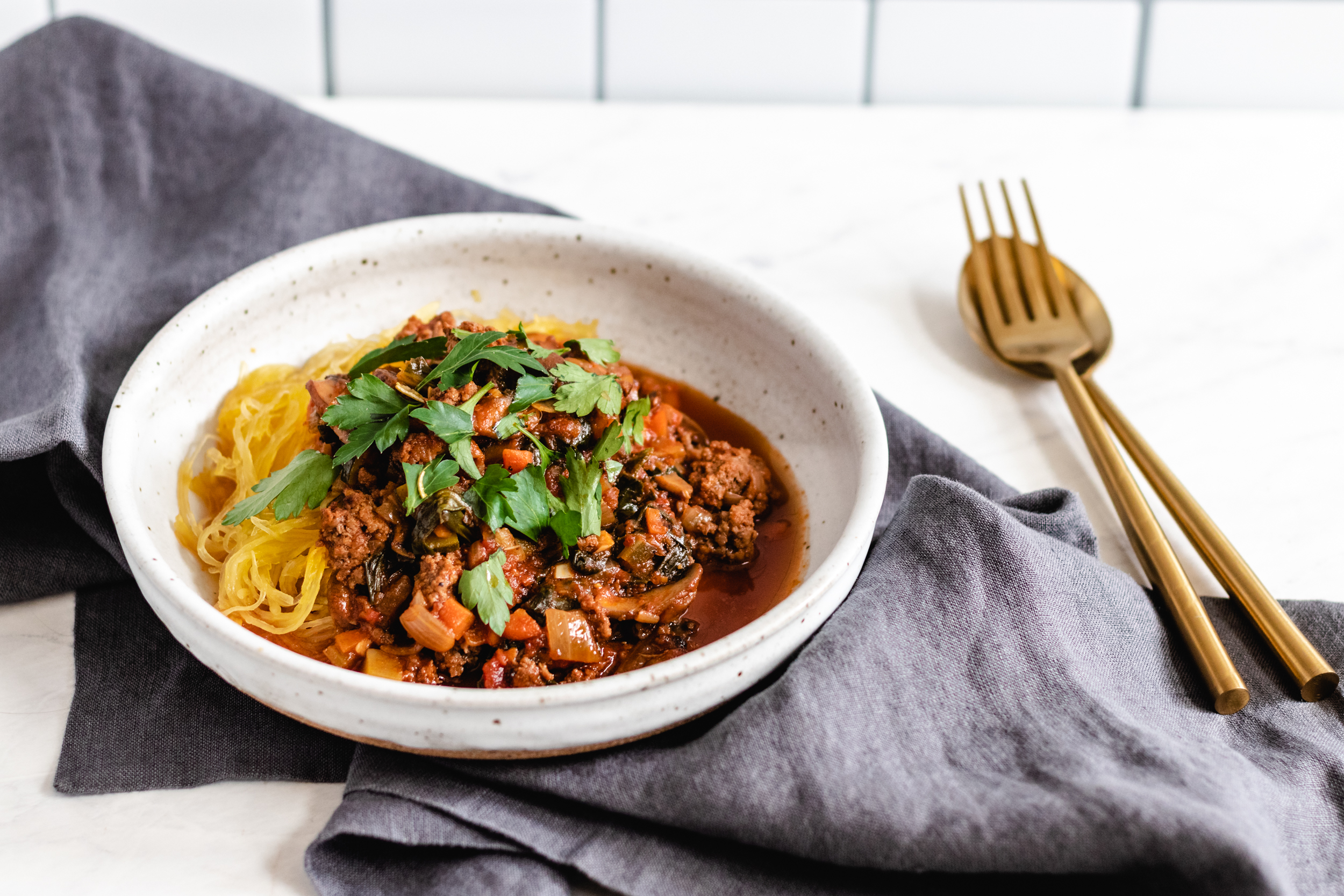 It’s impossible to avoid all these foods, especially the oils (they’re everywhere!) but as you become more aware of where they’re hidden you can find more clarity and confidence in the choices your making for yourself.

Do your best to minimize or avoid these foods and read beyond the labels. The first step is being mindful of what you’re consuming.

Making nutrition and healthy eating more digestible. Get recipes, tips and everything else you need to bring more balance to your life.

No spam. Just resources to support you & your health. We respect your privacy. 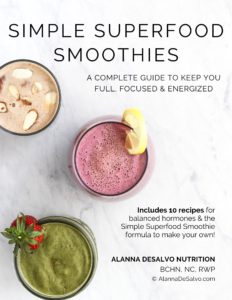 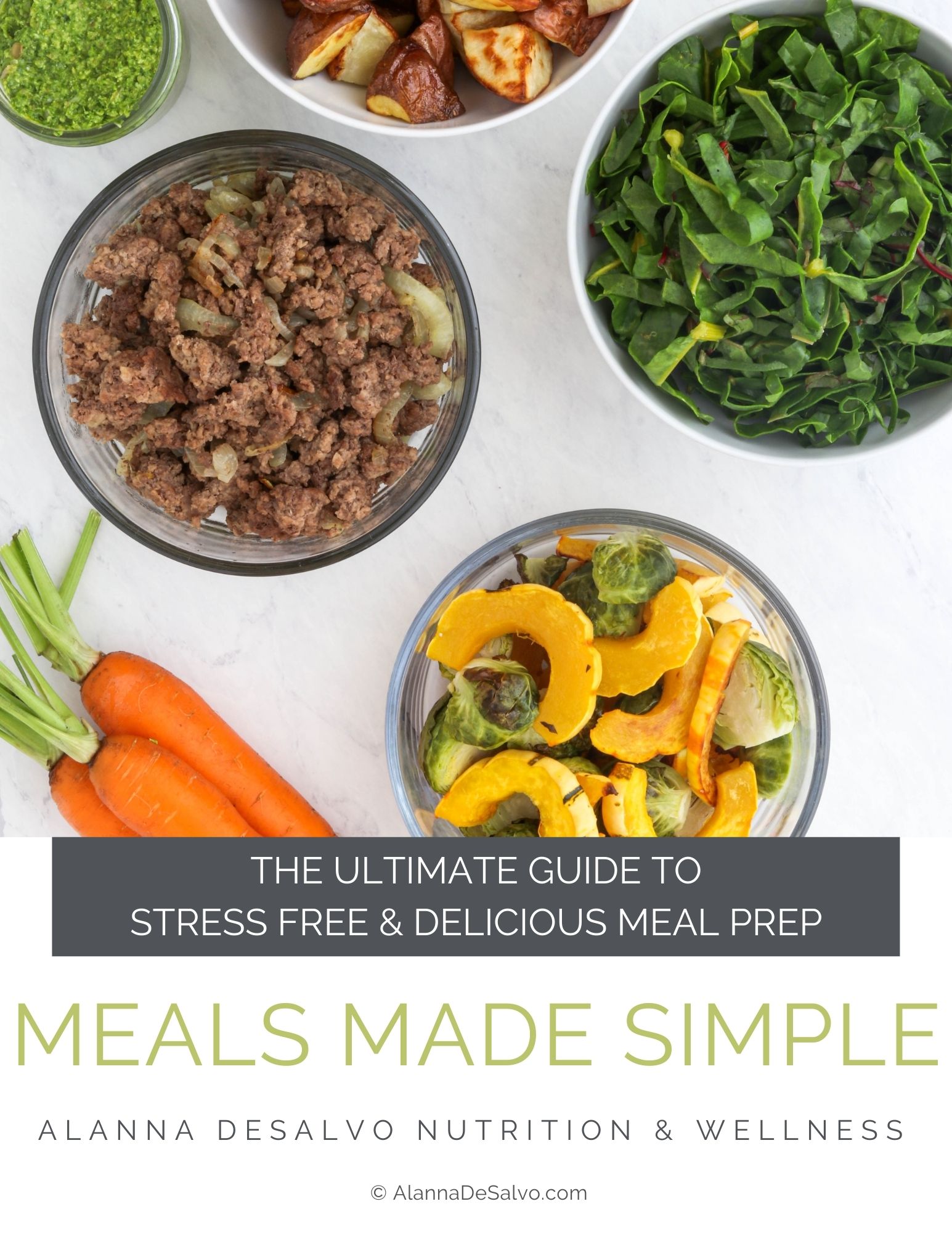 Download this free guide with meal plans and templates to save you time in the kitchen & eat healthy all week!

Get the Guide Here! 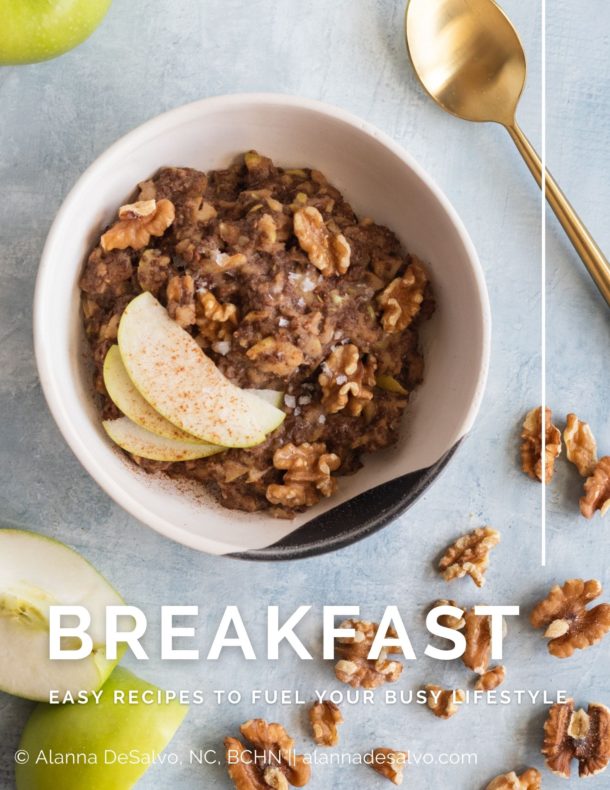 Breakfast Recipes To Fuel Your Day

10 easy breakfast recipes and ideals to balance your blood sugar, support your hormones and provide nourishment your body needs.

Your free breakfast recipes and inspiration will be sent to you shortly. Go check your inbox!